This Week’s Remote Learning at RGS 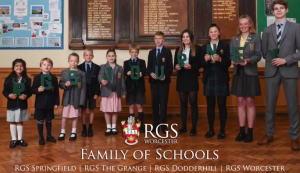 This week has been another productive week for our pupils and staff in their virtual classrooms. We have put together a short film to capture a summary of things that once again have been taking place. Please do keep sending us your experiences.

Following the Easter holiday,  our pupils and staff returned to the virtual classroom, to continue with working remotely. We have put together a short film to capture a summary of things that have been going on. Please do keep sending us your experiences.

RGS helping with equipment for our NHS 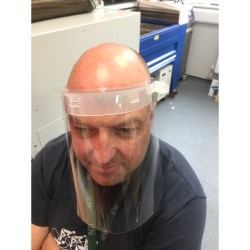 RGS Worcester has been busy this week supporting the national call for assistance with providing equipment to the NHS. The Design and Technology Department at the school submitted a design for face visor masks and received the go-ahead to start production. Using the School’s laser cutter, a prototype was made and trialled by an RGS parent who is a medical worker and proved successful. Conversations were had with a surgeon in Leicester also known to the design team while on his ward rounds! 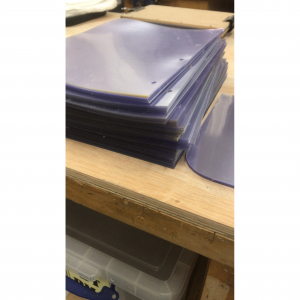 Initially, the sourcing of polypropylene to make the visors was a challenge but a trip to Leicester to collect this material and the production of visors is now underway. Over 100 visors have now been completed with the aim of producing around 600. Gwilym Batchelder, Head of Design Technology commented: “We looked at using 3D printing for the visors but this was going to take 4-5 hours per visor. We then modified the design and changed to using the laser-cutter which is a much faster process. We are hoping to produce several hundred of these visors for the NHS to use over the next few weeks. I would like to recognise the efforts of my colleagues and in particular Mr Robin Holt, who has helped me throughout this project.”

In addition, at the beginning of the week, the four RGS Worcester schools supplied 338 sets of goggles from the Science and Design Technology departments for use by NHS medics.

Headmaster, John Pitt, said: “It is great that we are able to use some of the School’s resources to support the NHS at this critical time. As well as providing education for Key Workers’ children, the supply of the goggles and visors, I hope, will make a difference, and provide much-needed support for those on the front line.”
#helpthenhs #thankyounhs #staysafe

For the second week since the Government advised all schools to close to pupils, the RGS community has been working remotely. There has been so much going on, both academically and activity-wise and we have put together another short film to capture a short summary of this. Please do keep sending us your experiences and we wish you all a happy and safe Easter.